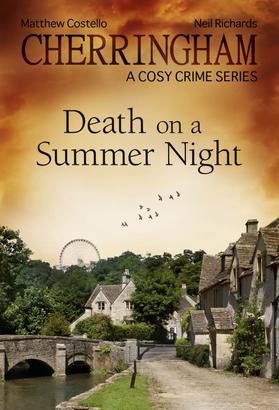 Cherringham - Death on a Summer Night

Twenty-five years ago, on a hot summer night, Tim Bell drove to a secluded spot with talented young musician Dinah Taylor after their date at the village fair. But Dinah was never seen again, and Bell - with blood spatters on his clothing - was sent to prison for her murder. Now freed, Bell has returned to Cherringham and his life is in danger from those who feel that justice hasn't really been served. But Jack and Sarah wonder: was Bell really guilty - or did the real killer escape detection all those years ago? As Cherringham swelters in another hot summer, time is running short for the two of them to uncover the truth ... before someone else dies.

Co-authors Neil Richards (based in the UK) and Matthew Costello (based in the US), are known for their script work on major computer games. The Cherringham crime series is their first fictional transatlantic collaboration.

Cherringham - A Death in the Family
Neil Richards