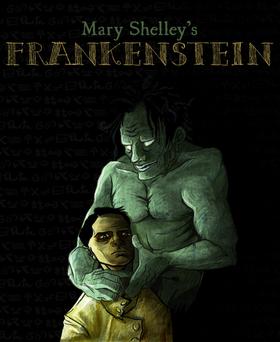 Frankenstein is a novel written by British author Mary Shelley about eccentric scientist Victor Frankenstein, who creates a grotesque creature in an unorthodox scientific experiment. Frankenstein is infused with some elements of the Gothic novel and the Romantic movement and is also considered to be one of the earliest examples of science fiction. Brian Aldiss has argued that it should be considered the first true science fiction story, because unlike in previous stories with fantastical elements resembling those of later science fiction, the central character "makes a deliberate decision" and "turns to modern experiments in the laboratory" to achieve fantastic results. It has had a considerable influence across literature and popular culture and spawned a complete genre of horror stories, films, and plays.

Since publication of the novel, the name "Frankenstein" is often used to refer to the monster itself. This usage is sometimes considered erroneous, but usage commentators regard the monster sense of "Frankenstein" as well-established and an acceptable usage. In the novel, the monster is identified via words such as "creature", "monster", "fiend", "wretch", "vile insect", "daemon", "being", and "it". Speaking to Victor Frankenstein, the monster refers to himself as "the Adam of your labors", and elsewhere as someone who "would have" been "your Adam", but is instead "your fallen angel."