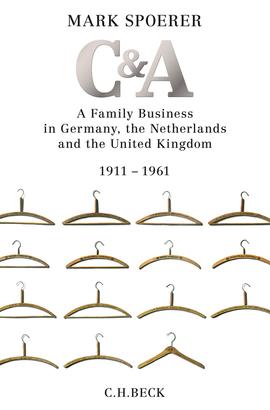 A Family Business in Germany, the Netherlands and the United Kingdom 1911-1961

The history of C&A is paradigmatic of the economisation and rationalisation of the production and sale of clothing since the late nineteenth century. Mark Spoerer describes the historical ups and downs of this Dutch family business from its beginnings in Germany through the post-war German «economic miracle». He investigates how the Brenninkmeijer family's traditional policy of recruiting new business leaders from its own ranks influences the company's long-term strategy. In 1841, the brothers Clemens and August Brenninkmeijer, who had gotten their start in the itinerant garment trade in Westphalia, founded a business in the Netherlands that would expand to Germany in 1911 and to Britain in 1922. Despite the difficulties the Brenninkmeijers encountered as foreigners, capitalists and Catholics in the Third Reich, they exploited those chances opened up by the Nazi regime, including the ‹Aryanisation› of property. After 1945, the company experienced furious growth with the rise of a new consumer society, developing into one of Europe's largest fashion retailers.