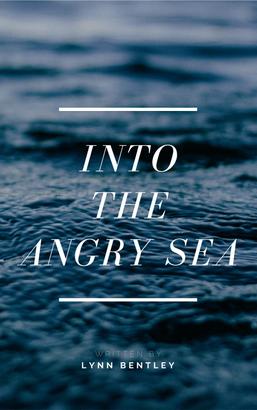 Into The Angry Sea

Beschreibung zu „Into The Angry Sea“

Into The Angry Sea portrays the tensions and turmoils among the officers and crew of a Navy aircraft carrier on duty in the South China Sea, during the early years of the Vietnam war. The tale is a combination of several personal dramas and conflicts of elusive temperaments, all drawn to a fine, explosive crisis during a violent incident at sea. At the core of its swirling rotation are the bravery and cowardice of the crew and the unraveling of a commanding officer’s emotions. These are the elements that stand out sharply and gauntly, as the story unfolds.


In his third novel, Lynn Bentley gives a great deal of attention to an inexperienced junior officer, the humorous antics of the junior officers, picturesque scenes in major Asian cities and faltering leadership. Other, more senior officers and a dazzling young lady drag the young officer, helpless and starry eyed, into a downward spiral of events. As a consequence, at the naval board of inquiry that follows the shipboard tragedy, there is a surprising turn of events. This prequel to Lynn Bentley’s first novel, is a replay of several incidents where members of the crew are saved and the characters flirt with disaster.


The primary achievement of the inquiry is a demonstrates of the blind faith of one man—Ensign Victor Landsdown and the artful legal maneuvering of the attorney representing the officers under suspicion. The body of the novel—the good, solid, dramatic core—that has to do with the chafing of naval officers under questionable command decisions is salty, exciting and revealing.


The story is smartly told with a group of conflicted characters. There is a confident executive officer who shows great bravery and does an excellent job of revealing the distress and resolution of life at sea. The commander who is fascinating as the modern "sea lawyer" who eggs others on. Thanks to the author’s experience as a Naval Officer, during this period, the description of day to day shipboard duties along with major events are interesting and insightful.

By the Sword
F. Paul Wilson