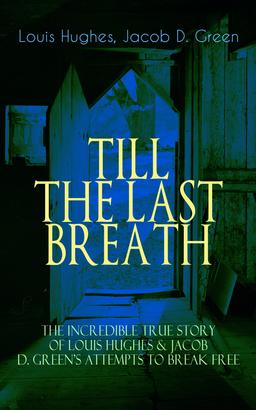 Thirty Years a Slave & Narrative of the Life of J.D. Green, A Runaway Slave - Accounts of the two African American Slaves and their Courageous but Life-Threatening Attempts to Break Free

This carefully crafted ebook: "TILL THE LAST BREATH – The Incredible True Story of Louis Hughes & Jacob D. Green's Attempts to Break Free” is formatted for your eReader with a functional and detailed table of contents.
"The institution of human slavery, as it existed in this country, has long been dead; and, happily for all the sacred interests which it assailed, there is for it no resurrection. It may, therefore, be asked to what purpose is the story which follows, of the experiences of one person under that dead and accursed institution?..." (Thirty Years a Slave)
"Thirty Years a Slave" gives a glimpse the pitiable conditions of slaves, their inhuman treatment by their owners, the politics of slave markets and their complex relationships with the white population. In this book the author Louis Hughes dwells upon the intimate aspects of his own life like the painful separation with his mother and his marriage, his personal tragedies and his attempts of running away from the bondage of slavery.
"Narrative of the Life of J.D. Green, A Runaway Slave” is another remarkable autobiography by Jacob D. Green which dwells on his three prominent attempts to escape in 1839, 1846, and 1848 and his perseverance in the face of failures.
Louis Hughes was born on a Virginian Plantation to a mixed race parents with a Black slave mother and sold in Richmond slave market in 1844. While still in slavery he learnt about medicines from his master and helped his fellow slaves. After emancipation Hughes became a successful businessman in Wisconsin and wrote his autobiography.
Jacob D. Green was born into slavery with 113 other slaves on a plantation in Kentucky with only his mother as family. Green did many "awful" things like seeking a murderous revenge from a man who thrashed him and making daring choices that would eventually lead to his freedom.