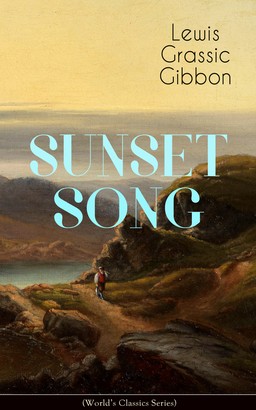 One of the Greatest Works of Scottish Literature from the Renowned Author of Spartacus, Smeddum & The Thirteenth Disciple

This carefully crafted ebook: “SUNSET SONG (World's Classic Series)” is formatted for your eReader with a functional and detailed table of contents.
Sunset Song is widely regarded as one of the most important Scottish novels of the 20th century. Chris Guthrie, the female protagonist, is a strong character who grows up in a dysfunctional farming family. Life is hard after her dad's death and she must take some tough decisions to save her farms under the inevitable threat of World War I . . .
Lewis Grassic Gibbon was the pseudonym of James Leslie Mitchell (1901-1935), a Scottish writer famous for his contribution to the Scottish Renaissance and portrayal of strong female characters.