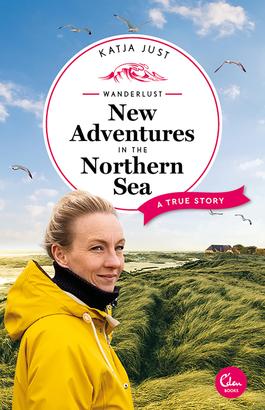 With her debut memoir "A Tiny Isle in the Northern Sea" Katja Just excited many readers for Hallig Hooge, the tiny marsh island in the middle of the North Frisian Sea. Born in Munich and living and working on Hooge for almost twenty years, she is considered by many to be "the ambassador of Hallig Hooge" and is tirelessly working for her adopted home.
What does the future have in the store for Hooge? Climate change, environmental pollution and structural changes in agriculture and tourism do not stop at the Hallig isles. And what will the upcoming mayoral election bring - should Katja Just really let herself be nominated? Once again, the author takes her readers to her haven in the rough sea, to her little piece of the world with the huge sky. The bestselling author tells very personal stories about challenges and new tasks, about saying goodbye and a new roommate, about traditions and searching for traces of lost heritages.

Wanderlust: A Tiny Isle in the Northern Sea
Katja Just

Below the Waves: Diving on the Hawaiian Reef
Emily M.

Below the Waves: Diving on the Hawaiian Reef
Emily M.

Mexico in the future
Brandon McYntire