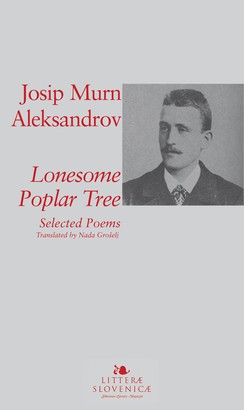 Though Murn’s oeuvre ranges from erotic pieces to poems about the countryside, from atmospheric and reflective to narrative poems, the boundaries between these categories are often blurred. His most acclaimed works are his countryside lyric poems and atmospheric pieces. The former, seemingly echoing the simplicity of folk songs, render the townsman’s dream of a bucolic idyll. Murn plays through a vast repertory of metres and rhymes, sometimes harking back to traditional folk forms, such as ballads or romances, sometimes even switching to free verse. His atmospheric poems, on the other hand, paint miniature impressions – usually melancholy ones – of natural scenes. Noteworthy is Murn’s masterful use of sound devices, from general euphony to expressive sound repetition.

Instead of Whom Does the Flower Bloom
Feri Lainšček