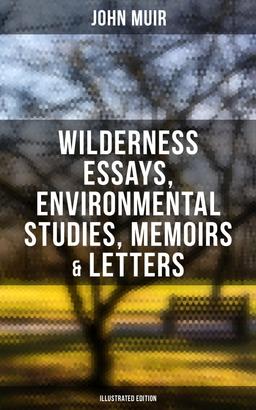 Picturesque California, The Treasures of the Yosemite, Our National Parks…

This carefully edited collection of John Muir has been designed and formatted to the highest digital standards and adjusted for readability on all device.

The Mountains of California

My First Summer in the Sierra

Stickeen: The Story of a Dog

The Cruise of the Corwin

A Thousand-mile Walk to the Gulf

Studies in the Sierra

The National Parks and Forest Reservations

A Rival of the Yosemite

The Treasures of the Yosemite

The Grand Cañon of the Colorado

The Story of My Boyhood and Youth

Letters to a Friend

John Muir (1838-1914) was a Scottish-American naturalist, author, environmental philosopher and early advocate of preservation of wilderness in the United States. His letters, essays, and books telling of his adventures in nature, especially in the Sierra Nevada mountains of California, have been read by millions. His activism helped to preserve the Yosemite Valley, Sequoia National Park and other wilderness areas. The Sierra Club, which he founded, is a prominent American conservation organization.

My First Summer in the Sierra (Illustrated Edition)
John Muir

John Muir's Incredible Travel Memoirs: A Thousand-Mile Walk to the Gulf, My First Summer in the Sierra, The Mountains of California, Travels in Alaska, Steep Trails… (Illustrated)
John Muir