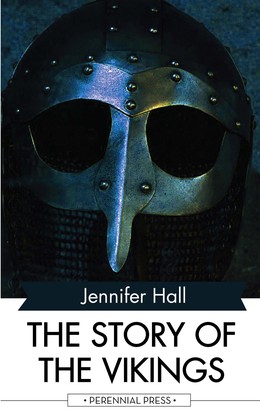 The Story of the Vikings

Beschreibung zu „The Story of the Vikings“

Iceland is a little country far north in the cold sea. Men found it and went there to live more than a thousand years ago. During the warm season they used to fish and make fish-oil and hunt sea-birds and gather feathers and tend their sheep and make hay. But the winters were long and dark and cold. Men and women and children stayed in the house and carded and spun and wove and knit. A whole family sat for hours around the fire in the middle of the room. That fire gave the only light. Shadows flitted in the dark corners. Smoke curled along the high beams in the ceiling. The children sat on the dirt floor close by the fire. The grown people were on a long narrow bench that they had pulled up to the light and warmth. Everybody's hands were busy with wool. The work left their minds free to think and their lips to talk. What was there to talk about? The summer's fishing, the killing of a fox, a voyage to Norway. But the people grew tired of this little gossip.

Ähnliche Titel wie „The Story of the Vikings“

The Last Voyage of the Yankee Seas
Paul Werner

Journey to the Centre of the Earth
Jules Verne