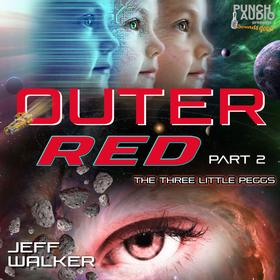 The second part of the exciting fairytale space adventure! The Goldilocks continues to flee as the enemy hunts them down. During their escape into the Old Sultan Solar System, Commander Red and her computer companion Grimm encounter three space stations. Three little protectors named Pegg. These three monitor and protect the region of space around the core world inside the system. Red must reach that world if she is to save the Galactic Kingdom from certain doom. Is the mission in jeopardy? Will the Wolf Hunter vessel destroy them before they can reach their destination?

No Drums, No Trumpets
Darleen Johnson

Win Some, Lose Some
Mike Resnick