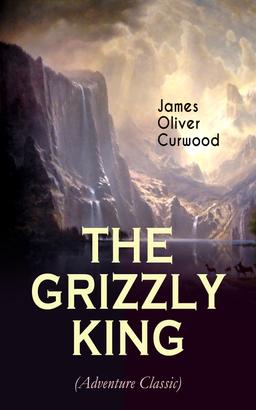 A Romance of the Wild

Thor is a huge grizzly bear who lives in the Canadian Rockies. He is being hunted by Jim Langdon and his companions through forests and mountains of Canadian wilderness. During his run Thor comes across Muskwa, a motherless bear cub, and takes it under his wing. Together they make a good team, managing to hunt and feed, while being on constant run, but Jim Langdon and hunters are always close.
James Oliver Curwood (1878-1927) was an American action-adventure writer and conservationist. His adventure writing followed in the tradition of Jack London. Like London, Curwood set many of his works in the wilds of the Great White North. He often took trips to the Canadian northwest which provided the inspiration for his wilderness adventure stories. At least eighteen movies have been based on or inspired by Curwood's novels and short stories.

The Call of the Wild
Jack London

Quicklet on Jack London's The Call of the Wild
Tiffanie Wen

THE ALASKA ACCOUNT of John Muir: Travels in Alaska, The Cruise of the Corwin, Stickeen & Alaska Days with John Muir (Illustrated)
John Muir