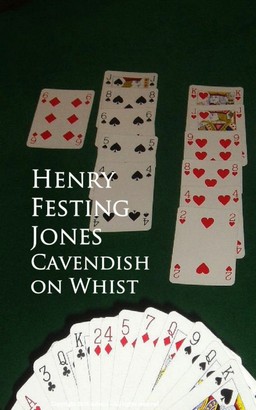 It has often occurred to the Author that there are two principal defects in the existing treatises on the game of Whist—the one that the principles of play are, in general, laid down as so many isolated and arbitrary conventions, the reasons upon which such principles are based being seldom, if at all, and scarcely ever fully, stated; the other, that suitable illustrations, by which alone the principles can be brought forcibly home and fixed in the memory, are almost entirely wanting. The present work is an attempt to supply these deficiencies. With regard to the latter, the Author feels that nothing, in point of illustration of principles, can be so instructive as a selection of hands played completely through, and accompanied by copious explanations. The idea, it is believed, as applied to Whist, is a new one, though a similar plan has long been in use in treatises on Chess.
It has not been deemed necessary to occupy space by detailing the mode of playing and of scoring, as this information can be readily acquired at the table. The reader is, therefore, credited with this elementary knowledge, and is conducted at once to the General Principles, which he is advised to consider carefully before proceeding to the Hands.
[Pg x]

Mission Furniture: How to Make It
H. H. Windsor

Mission Furniture: How to Make It I
H. H. H. H. Windsor