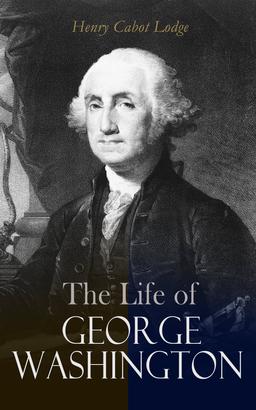 The Life of George Washington

This meticulously written H. C. Lodge's biography of George Washington represents a detailed 2-volume account of the life and work of one of the most significant American statesmen. George Washington (1732-1799) was an American political leader, military general, statesman, and founding father who served as the first president of the United States from 1789 to 1797. Previously, he led Patriot forces to victory in the nation's War for Independence. He presided at the Constitutional Convention of 1787, which established the U.S. Constitution and a federal government. Washington has been called the "Father of His Country" for his manifold leadership in the formative days of the new nation. Washington played a key role in adopting and ratifying the Constitution and was then twice elected president by the Electoral College. He implemented a strong, well-financed national government while remaining impartial in a fierce rivalry between cabinet members Thomas Jefferson and Alexander Hamilton.
Contents:
The Old Dominion
The Washingtons
On the Frontier
Love and Marriage
Taking Command
Saving the Revolution
Malice Domestic, and Foreign Levy
The Allies
Arnold's Treason, and the War in the South
Yorktown
Peace
Working for Union
Starting the Government
Domestic Affairs
Foreign Relations
Washington as a Party Man
The Last Years
George Washington

History of the Origin, Formation, and Adoption of the Constitution of the United States
George Ticknor Curtis

The South-West, by a Yankee
J. H. Ingraham

The Life and Legacy of Abraham Lincoln
John Torrey Morse