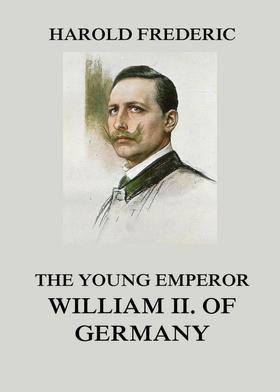 The most interesting political character of the ending 19th century was undoubtedly the young man who filled the throne of the German Empire. Americans are so used to seeing young men filling important positions and administering great trusts that the mere question of age seems less important than it might be to members of other nationalities. But a man in his thirty-third year was unquestionably young to fill one of the highest yet almost irresponsible positions in the world. His opinions and actions were of vital significance to not merely his own subjects, but to the general interests of mankind, especially when it is remembered that he was the commander-in-chief of the most powerful of European armies, in discipline and organisation if not in mere numbers, and that his will and order could have set the world on fire. Hitherto he has, moreover, shown himself to be a man of no mean ability, very different from the non-entities that usually fill thrones, and his vast political power was enhanced by intellectual capacity of no mean order, backed by an imperious will. He seemed, in fact, on one side of his character at least, to be an ideal ruler. The present work is intended to give its readers a rapid view of the young Emperor's character and public action, with so much of history and political review as may be needed to a full sketch of a personage of such weight and value, and of the conditions in which he himself and his great empire were placed.

The Four Horsemen Of The Apocalypse
Vicente Blasco Ibañez