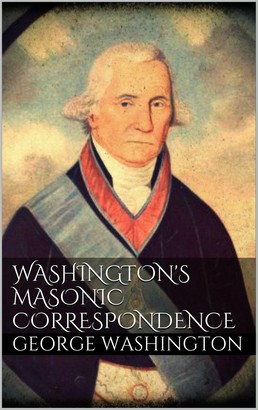 Washington's Masonic correspondence as found among the Washington papers in the Manuscript department of the Library of Congress, affords an insight of the great esteem in which Washington held the Masonic Fraternity, of which since his early days he had been an honored member.
This is further shown by his great courtesy to the Brethren, in his replies to their addresses, no matter whether they were from a Grand or Subordinate Lodge. In this collection, were also found some of the original drafts of Washington's replies, together with copies of the various masonic addresses and letters to him, and in the case of Dominie Snyder, press copies of his answers.
In the present work an attempt has been made to group this matter together in chronological order, also to show some of the surroundings and conditions under which this correspondence was made, and of the Brethren who were prominent in the presentation of these Eleven Addresses, which came to him from Seven of the Thirteen Colonies.
A complete set of photostatic fac-similes of these documents in the Library of Congress, has been secured for the Museum of the Grand Lodge of Pennsylvania. Efforts were also made to obtain photographic copies of such of the Washington Masonic letters as were still in existence, which were successful except in two instances as noted in the text.

The Initiates of the Flame
Manly Palmer Hall