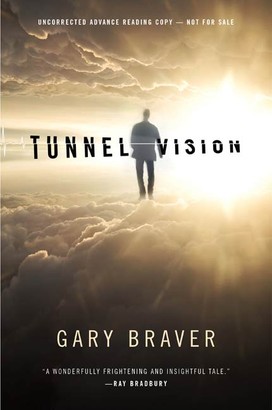 What if you didn't have to die to know that heaven exists?
And what if that knowledge could get you killed?

Following a biking accident on icy Boston streets, grad student Zack Kashian lapses into a coma. When he wakes up on Easter, months later, muttering the Lord's Prayer in the original Aramaic, the media is set abuzz about the "Miracle Man." Religious fanatics flock to Zack's hospital bedside, though he claims to be an atheist.

Zack's revival also catches the attention of Dr. Elizabeth Luria, who heads up a small team of neuroscientists secretly researching near-death experiences (NDE). Their objective: to determine if there is anything to the claims of NDE victims about floating down tunnels into the celestial light and meeting spiritual beings. Is all that evidence of the afterlife? Or is it just neurobiology, as Sarah Wyman, one of Luria's young researchers suspects.

Yet Zack's experiences are anything but heavenly. While he and Sarah struggle to understand his horrific out-of-body experiences, they have no idea that sinister forces have taken an interest in them. Forces to whom near-death experiences are utter blasphemy—deceptions by Satan himself. They enlist a menacing agent who, in the name of God, will stop at nothing to terminate the project and all involved.

All the Rage
F. Paul Wilson