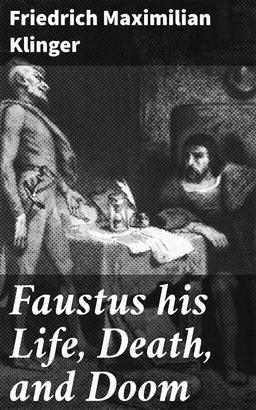 Faustus his Life, Death, and Doom

Faustus His Life, Death, and Doom is the story of a priest who invented the special sciences of Printing and necromancy. Excerpt: "His first attainment was the remarkable invention of Printing, but his second was horrible. He discovered, almost fortuitously, the dreadful formula by which devils are called out of hell, and made subservient to the will of man. But as yet he had not exerted his power, out of love to his immortal soul, for whose welfare every Christian is so anxious. At this period he was in the full bloom of manhood. Nature had favored him in his person, and had given him a noble and expressive countenance."

The Faust-Legend and Goethe's 'Faust'
H. B. Cotterill

Faust; a Tragedy, Translated from the German of Goethe
Johann Wolfgang von Goethe

In the Days of Drake
J. S. Fletcher

Elizabethan Sea-Dogs: A Chronicle of Drake and His Companions
William Wood