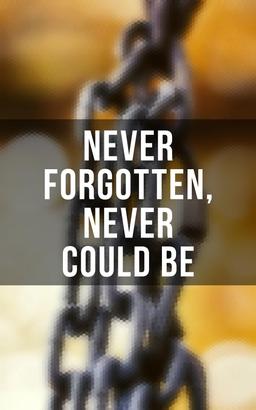 SLAVERY: Hundreds of Documented Testimonies of Former Slaves, Influential Memoirs, Records on Living Conditions and Customs in the South & History of Abolitionist Movement

This unique collection of "SLAVERY: Hundreds of Documented Testimonies of Former Slaves, Influential Memoirs, Records on Living Conditions and Customs in the South & History of Abolitionist Movement" has been designed and formatted to the highest digital standards. Contents:
Narrative of the Life of Frederick Douglass
12 Years a Slave by Solomon Northup
The Underground Railroad
The Willie Lynch Letter: The Making of Slave!
Confessions of Nat Turner
Narrative of Sojourner Truth
Incidents in the Life of a Slave Girl, by Harriet Jacobs
Harriet: The Moses of Her People
History of Mary Prince
Running a Thousand Miles for Freedom, by William and Ellen Craft
Thirty Years a Slave: From Bondage to Freedom, by Louis Hughes
Narrative of the Life of J. D. Green, a Runaway Slave
Up From Slavery by Booker T. Washington
Narrative of Olaudah Equiano
Behind The Scenes - 30 Years a Slave & 4 Years in the White House, by Elizabeth Keckley
Father Henson's Story of His Own Life
Fifty Years in Chains, by Charles Ball
Twenty-Two Years a Slave and Forty Years a Freeman, by Austin Steward
Narrative of the Life of Henry Bibb
Narrative of William W. Brown, a Fugitive Slave
Story of Mattie J. Jackson
A Slave Girl's Story, by Kate Drumgoold
From the Darkness Cometh the Light, by Lucy A. Delaney
Narrative of the Life of Moses Grandy
Narrative of Joanna; An Emancipated Slave, of Surinam
Narrative of the Life of Henry Box Brown, Who Escaped in a 3x2 Feet Box
Memoir and Poems of Phillis Wheatley
Buried Alive For a Quarter of a Century - Life of William Walker
Pictures of Slavery in Church and State
Dying Speech of Stephen Smith Who Was Executed for Burglary
Life of Joseph Mountain
Charge of Aiding and Abetting in the Rescue of a Fugitive Slave
Lynch Law in All Its Phases
Duty of Disobedience to the Fugitive Slave Act
Captain Canot
Pearl Incident: Personal Memoir of Daniel Drayton
History of Abolition of African Slave-Trade
History of American Abolitionism