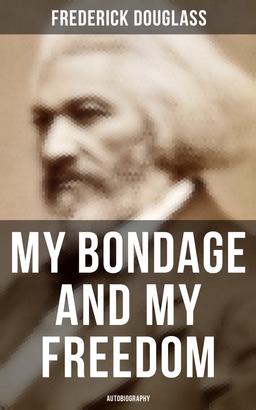 My Bondage and My Freedom (Autobiography)

Buchbeschreibung zu „My Bondage and My Freedom (Autobiography)“

This eBook edition of "My Bondage and My Freedom" has been formatted to the highest digital standards and adjusted for readability on all devices.
"My Bondage and My Freedom" is the second of three autobiographies written by Frederick Douglass. It is mainly an expansion of his first autobiography, "Narrative of the Life of Frederick Douglass", discussing in greater detail his transition from bondage to liberty.
Frederick Douglass (1818 – 1895) was an African-American social reformer, abolitionist, orator, writer, and statesman. After escaping from slavery in Maryland, he became a national leader of the abolitionist movement in Massachusetts and New York, gaining note for his dazzling oratory and incisive antislavery writings.
Contents:
Childhood
Removed From My First Home
Parentage
A General Survey of the Slave Plantation
Gradual Initiation to the Mysteries of Slavery
Treatment of Slaves on Lloyd's Plantation
Life in the Great House
A Chapter of Horrors
Personal Treatment
Life in Baltimore
"A Change Came O'er the Spirit of My Dream"
Religious Nature Awakened
The Vicissitudes of Slave Life
Experience in St. Michael's
Covey, the Negro Breaker
Another Pressure of the Tyrant's Vice
The Last Flogging
New Relations and Duties
The Run-away Plot
Apprenticeship Life
My Escape From Slavery
Liberty Attained
Introduced to the Abolitionists
Twenty-One Months in Great Britain
Various Incidents
Reception Speech
Dr. Campbell's Reply
Letter to His Old Master to My Old Master, Thomas Auld
The Nature of Slavery
Inhumanity of Slavery
What to the Slave Is the Fourth of July?
The Internal Slave Trade
The Slavery Party
The Anti-Slavery Movement

After escaping from slavery in Maryland, he became a national leader of the abolitionist movement in Massachusetts and New York, gaining note for his oratory and incisive antislavery writings.

In his time, he was described by abolitionists as a living counter-example to slaveholders' arguments that slaves lacked the intellectual capacity to function as independent American citizens.
(from wikipedia.org)

Ähnliche Bücher wie „My Bondage and My Freedom (Autobiography)“