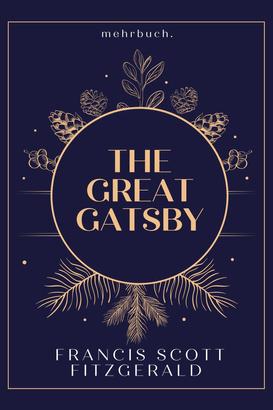 The main events of the novel take place in the summer of 1922. Nick Carraway, a Yale graduate and veteran of the Great War from the Midwest. Who serves as the novel's narrator.Takes a job in New York as a bond salesman. He rents a small house on Long Island, in the fictional village of West Egg, next door to the lavish mansion of Jay Gatsby, a mysterious millionaire who holds extravagant parties but does not participate in them. Nick drives around the bay to East Egg for dinner at the home of his cousin, Daisy Fay Buchanan, and her husband, Tom, a college acquaintance of Nick's. They introduce Nick to Jordan Baker, an attractive, cynical young golfer with whom Nick begins a romantic relationship.

F. Scott Fitzgerald was born in 1896 in St Paul, Minnesota, and went to Princeton University which he left in 1917 to join the army. Fitzgerald was said to have epitomised the Jazz Age, an age inhabited by a generation he defined as 'grown up to find all Gods dead, all wars fought, all faiths in man shaken'.