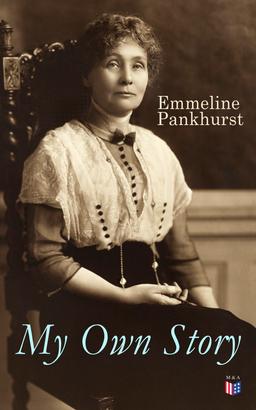 Memoirs of Emmeline Pankhurst; Including Her Most Famous Speech "Freedom or Death"

Beschreibung zu „My Own Story“

Emmeline Pankhurst (1858-1928) was a British political activist and leader of the British suffragette movement who helped women win the right to vote. In 1999 Time named Pankhurst as one of the 100 Most Important People of the 20th Century. She was widely criticized for her militant tactics, and historians disagree about their effectiveness, but her work is recognized as a crucial element in achieving women's suffrage in Britain.
Contents:
My Own Story
The Making of a Militant
Four Years of Peaceful Militancy
The Women's Revolution
Freedom or Death

Ähnliche Titel wie „My Own Story“