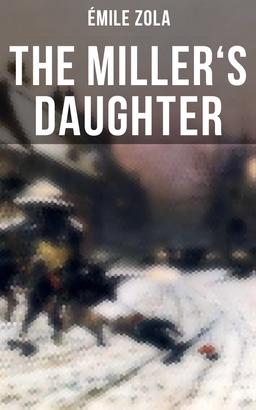 The Miller's Daughter is a poignant tale in which Zola highlights the futility of war and the destruction it causes. The happiness and peace of the protagonists is wrecked when Prussian soldiers enter their village. Zola excells himself in the in-depth portrayal of human emotions and feelings.
Émile Zola (1840 – 1902), French novelist, critic, and political activist who was the most prominent French novelist of the late 19th century. He was noted for his theories of naturalism, which underlie his monumental 20-novel series Les Rougon-Macquart, and for his intervention in the Dreyfus Affair through his famous open letter, "J'accuse."

Émile Zola (1840–1902) was a novelist, playwright and journalist, the most important exemplar of the literary school of naturalism and an important contributor to the development of theatrical naturalism. Thérèse Raquin was Zola's first major work, originally published in serial format in 1867 and – due to its huge and immediate popularity – in book format in 1868. Zola was nominated for both the first and second Nobel Prize in Literature in 1901 and 1902.