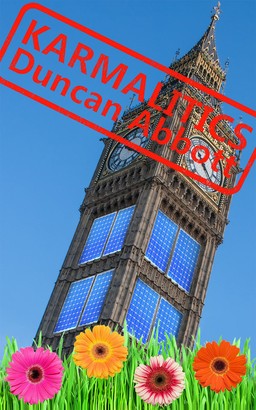 In his pacey, darkly humorous first novel, Duncan Abbott doesn't pull any punches. With a searing eye for satire and a great deal of comic ingenuity he proposes some startling new political ideas at a time when paucity of thought and poverty of ideals seem to be the norm.
Join our hero George King, a talented, popular and ethical MP, and his cadre of madcap idealists as they saunter amusingly through the sordid side of parliament changing the nation as they go!
Watch them improve the lives of millions, sweep away swathes of avarice and laugh in the face of adversity, while tearing down a sex, drugs and prostitution-based blackmail campaign that could bring down British politics as we know it.

Me Without You
Lisa Swerling

How to Survive Being a Teacher
Mike Haskins

Stink Outside the Box
Jeremy Greenberg