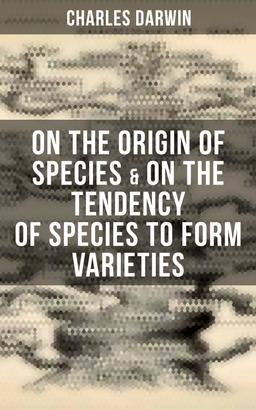 Charles Darwin: On the Origin of Species & On the Tendency of Species to Form Varieties

Beschreibung zu „Charles Darwin: On the Origin of Species & On the Tendency of Species to Form Varieties“

This work of scientific literature is considered to be the foundation of evolutionary biology. For the sixth edition of 1872, the title was changed to The Origin of Species. Darwin's book introduced the scientific theory that populations evolve over the course of generations through a process of natural selection. It presented a body of evidence that the diversity of life arose by common descent through a branching pattern of evolution. Darwin included evidence that he had gathered on the Beagle expedition in the 1830s and his subsequent findings from research, correspondence, and experimentation. The book was written for non-specialist readers and attracted widespread interest upon its publication. As Darwin was an eminent scientist, his findings were taken seriously and the evidence he presented generated scientific, philosophical, and religious discussion.
Charles Dickens (1812 – 1870) was an English writer and social critic. He created some of the world's best-known fictional characters and is regarded by many as the greatest novelist of the Victorian era.

Ähnliche Titel wie „Charles Darwin: On the Origin of Species & On the Tendency of Species to Form Varieties“