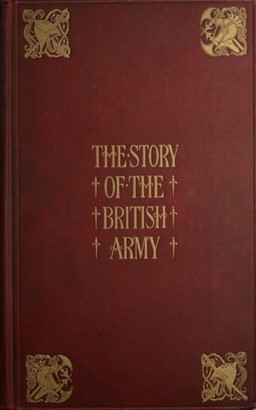 The Story of the British Army

Beschreibung zu „The Story of the British Army“

I have endeavoured in the space at my disposal to show how the British Army has grown up. I have tried merely to tell a "story," and therefore omitted much that might have been said regarding the noble work the Queen's Army has done. As regards the opinions advanced, I have always, as far as possible, given the reasons for my views and the authorities which induced me to form them.
I have adhered to the principle of using the old regimental numbers, for the sake of continuity; though, after the date when these were altered, I have, in most cases, added their present territorial titles.
I wish to express my great appreciation of the courtesy of the Colonel and the Officers of the Lancashire Fusiliers (20th), South Wales Borderers (24th), and the Prince of Wales's Own (West Yorkshire) Regiment (14th), in allowing me to sketch the uniforms of their men from the interesting histories of their respective regiments, and to E. C. Brett, Esq., for permitting me to copy the suits of armour that I have chosen as types from his father's magnificent volume on Arms and Armour.
Kingsclear, Camberley,
March 1897.

Ähnliche Titel wie „The Story of the British Army“

Under Her Spell
Jo Ann Ferguson