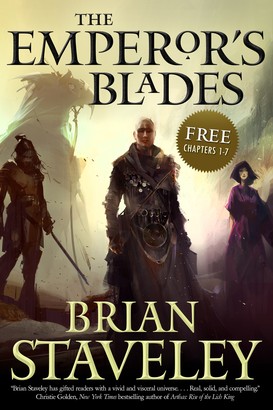 CHRONICLE OF THE UNHEWN THRONE, BOOK I.

A preview of The Emperor's Blades, the first novel in an gripping new epic fantasy series.

The emperor of Annur is dead, slain by enemies unknown. His daughter and two sons, scattered across the world, must somehow stay alive and unmask the assassins. But each of them also has a life-path on which their father set them, destinies entangled with both ancient enemies and inscrutable gods.