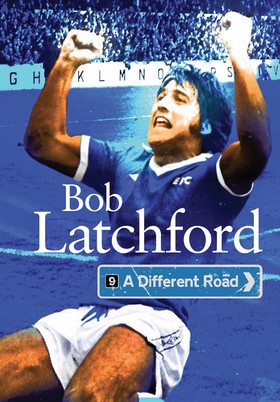 In 11 consecutive seasons of top-flight football between 1972 and 1983, Bob Latchford scored more league goals than any other First Division player. A British transfer record holder and icon of his era, for fans of Everton, Birmingham City, Swansea City and England Latchford was a man who truly 'walked on water'.

A player who averaged a goal every other game throughout his career, in the blue of his beloved Everton only Dixie Dean and Graeme Sharp have ever bettered Latchford's phenomenal goalscoring record. His goals at Goodison brought Everton to the brink of silverware and Latchford England recognition. For Birmingham his partnership with Trevor Francis and Bob Hatton earned them promotion to the First Division and at Swansea an Indian summer almost brought an unlikely First Division title.

And yet, despite being one of the most prominent footballers of his era, Latchford remained uneasy with his fame and the focus it brought. Only now, nearly three decades after he last played professional football, has Latchford decided for the first time to put his life story down on paper.

In this thoughtful and revealing autobiography, Latchford shows us his career, but also the challenges, uncertainties and joy he experienced off the pitch. A man who has always allowed his heart to rule his destiny, A Different Road is a rare thing: a deeply honest and poignant account of a life in and out of football, showing a human face to a hero that few could ever imagine.

A Measure of Danger
Michael Nicholson

Johnson And Boswell: The Story Of Their Lives
Hesketh Pearson

Flown the Nest:Escape From an Irish Psychiatric Hospital
Hanna Greally