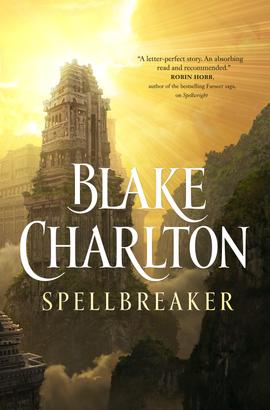 Leandra Weal has a bad habit of getting herself in dangerous situations.

While hunting neodemons in her role as Warden of Ixos, Leandra obtains a prophetic spell that provides a glimpse one day into her future. She discovers that she is doomed to murder someone she loves, soon, but not who. That’s a pretty big problem for a woman who has a shark god for a lover, a hostile empress for an aunt, a rogue misspelling wizard for a father, and a mother who--especially when arguing with her daughter--can be a real dragon.

Leandra’s quest to unravel the mystery of the murder-she-will-commit becomes more urgent when her chronic disease flares up and the Ixonian Archipelago is plagued by natural disasters, demon worshiping cults, and fierce political infighting. Everywhere she turns, Leandra finds herself amid intrigue and conflict. It seems her bad habit for getting into dangerous situations is turning into a full blown addiction.

As chaos spreads across Ixos, Leandra and her troubled family must race to uncover the shocking truth about a prophesied demonic invasion, human language, and their own identities--if they don't kill each other first.

Spellbreaker is the long awaited sequel to Blake Charlton's Spellbound, which was listed by Kirkus Reviews among the Best Science Fiction and Fantasy of 2011. This final installment of the Spellwright Trilogy stands alone as a complete story; however, fans of the series will find in it answers to the questions raised by the previous books about Leandra’s parents, Nicodemus Weal and Francesca DeVega.

BLAKE CHARLTON is the author of Spellwright and Spellbound and is currently a medical student at Stanford University. An active, engaging presence online, he lives in the San Francisco Bay area where he is working on the final novel of the Spellwright Trilogy.

Forged in Fire
J. A. Pitts