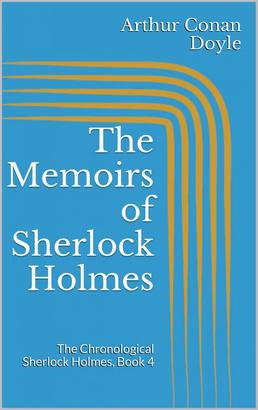 The Memoirs of Sherlock Holmes

This is Book 4 of the series "The Chronological Sherlock Holmes".

Sir Arthur Conan Doyle was born in Edinburgh in 1859 and died in 1930. Within those years was crowded a variety of activity and creative work that made him an international figure and inspired the French to give him the epithet 'the good giant'. He was the nephew of 'Dickie Doyle' the artist, and was educated at Stonyhurst, and later studied medicine at Edinburgh University, where the methods of diagnosis of one of the professors provided the idea for the methods of deduction used by Sherlock Holmes.