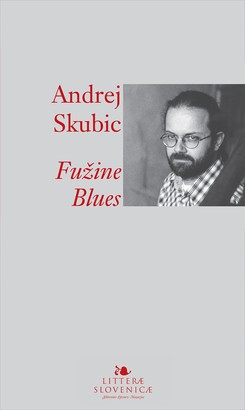 Fužine Blues is a novel about the life and people of contemporary Ljubljana and about what happens behind apartment walls. Most of all, the novel addresses the lack of dialogue that allows ordinary things such as football, beer, and women to be discussed.
Fužine Blues takes place on June 13, 2000, the day of the football match between Slovenia and Yugoslavia in the qualifications for the European Cup that ended with a breathtaking tied result of 3:3. The setting is the housing development of Fužine, known for its ethnically mixed population. The novel presents the parallel stories of four protagonists living on the tenth floor of the same high-rise apartment building in Fužine: Peter Sokič – Pero – a former heavy metal enthusiast in his early thirties; Igor Ščinkavec, a forty-something real estate agent; Janina Pašković, a sixteen-year-old high school student, and; Vera Erjavec, a retired Slovenian professor. Each of the four speaks in their own respective "language" about their jobs, friends, the neighborhood, love, random acquaintances, and coworkers. On the day of the football match, an important occasion, they each strive to do something that will somehow alter their position in life. The protagonists are searching both for their place in the community and for meaning in life, but are too weak to engage with their own destiny because they cling to the past and are unable to face the present.
The novel was dramatized by Ana Lasić and staged by the Slovenian National Theatre Drama Ljubljana in the 2005/06 season (www.litteraeslovenicae.si).

Instead of Whom Does the Flower Bloom
Feri Lainšček