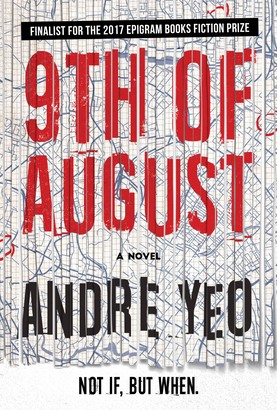 Six suicide bombers have slipped into Singapore. Their mission: to set off explosives on the country’s 55th National Day.

They were sent by Tun, an Afghan with a tragic past. Trying to stop them is Inspector Rahim, who is tracking a new terror group. And caught up in the plot is Henry, a single parent whose wife revealed a terrible secret on her deathbed.

Now and in the Hour of Our Death
Patrick Taylor