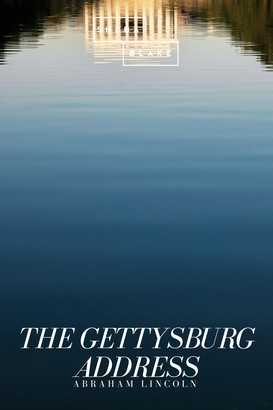 The Gettysburg Address is a speech by U.S. President Abraham Lincoln, one of the best-known in American history. It was delivered by Lincoln during the American Civil War, on the afternoon of Thursday, November 19, 1863, at the dedication of the Soldiers' National Cemetery in Gettysburg, Pennsylvania, four and a half months after the Union armies defeated those of the Confederacy at the Battle of Gettysburg. Abraham Lincoln's carefully crafted address, secondary to other presentations that day, was one of the greatest and most influential statements of national purpose. In just over two minutes, Lincoln reiterated the principles of human equality espoused by the Declaration of Independence and proclaimed the Civil War as a struggle for the preservation of the Union sundered by the secession crisis, with "a new birth of freedom" that would bring true equality to all of its citizens. Lincoln also redefined the Civil War as a struggle not just for the Union, but also for the principle of human equality. Beginning with the now-iconic phrase "Four score and seven years ago"—referring to the United States Declaration of Independence in 1776—Lincoln examined the founding principles of the United States as stated in the Declaration of Independence. In the context of the Civil War, Lincoln also memorialized the sacrifices of those who gave their lives at Gettysburg and extolled virtues for the listeners (and the nation) to ensure the survival of America's representative democracy: that "government of the people, by the people, for the people, shall not perish from the earth." Despite the speech's prominent place in the history and popular culture of the United States, the exact wording and location of the speech are disputed. The five known manuscripts of the Gettysburg Address in Lincoln's hand differ in a number of details, and also differ from contemporary newspaper reprints of the speech.

Round the World
Andrew Carnegie

The Lives of the Twelve Caesars
C. Suetonious Tranquillus

Incidents in the Life of a Slave Girl
Harriet Jacobs

Through the Brazilian Wilderness
Theodore Roosevelt