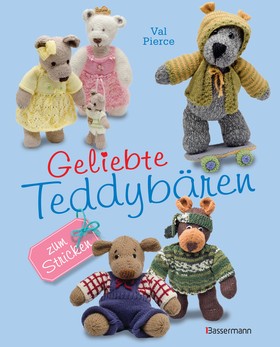 Val Pierce's passion for knitting began when her father taught her to knit at the age of five. Later in life she began home knitting for yarn manufacturers, and since then she has made a huge range of items, from evening dresses to teddy bears. She later began designing items of her own, and before long Val's designs were appearing regularly in national knitting and crochet magazines. She also teaches knitting, as well as a range of other needlecrafts, to both adults and children. Val lives and works in Shropshire.