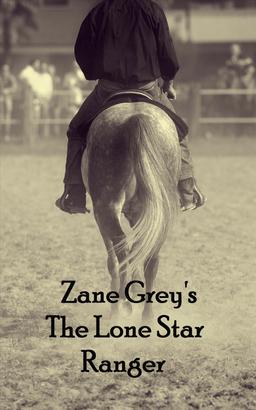 Pearl Zane Grey was born January 31, 1872, in Zanesville, Ohio. He helped to establish a whole genre of ‘Western’ novels. Turning the American West into a land of legends and good versus evil much of its true history was adapted and manipulated to ground the narratives. He was a major force in commercialising the myths of the Old West; his books and stories were adapted into other media, such as film and TV productions. He was the author of more than 90 books. At the time of his death his publisher still had a backlog of titles to print who lasted for another twenty years. The Lone Star Ranger is a Zane Grey classic.