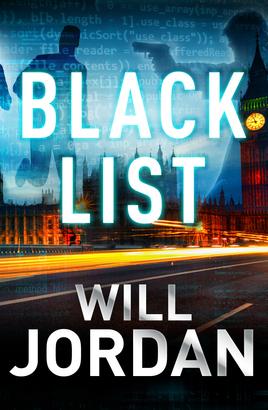 A nerve-shredding action thriller from the bestselling author of Redemption.

With no money and no prospects, hacker Alex Yates's life is going nowhere until he is given a lucrative but dangerous offer – £100,000 to breach the Central Intelligence Agency's network and recover a file known as the ‘Black List’.

At first reluctant to get involved, the disappearance of an old friend leaves Alex with no choice but to return to a world he'd sworn to leave behind. But before he can unlock the file’s secrets, he suddenly finds himself the target of an nationwide manhunt. Someone wants him out of the picture fast.

Plunged into a deadly race against time, and wanted by police, intelligence operatives and a ruthless covert unit, Alex is left with no choice but to accept help from the violent and unpredictable woman who first hired him. For in the Black List may lie his salvation, or his death…

Fast-paced and gripping throughout, Black List will appeal to fans of David Baldacci, Lee Child and Vince Flynn.