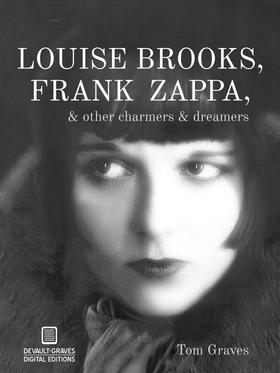 Award-winning author and journalist Tom Graves in "Louise Brooks, Frank Zappa, & Other Charmers & Dreamers" collects the best of his long-form journalism articles and profiles as well as his in-depth interviews with a variety of curious personalities. The lead piece is "My Afternoon with Louise Brooks" about Graves's encounter in 1982 with the reclusive silent film legend Louise Brooks. He was the last journalist ever to sit bedside with Miss Brooks, who allowed very few people into her life. Also included are Graves's 1979 sit down with the king of Southern grit lit, Harry Crews, his discovery of the first Elvis impersonator, his search with the help of Quentin Tarantino to find actress Linda Haynes, who had vanished from Hollywood. Included are also Graves's in-depth question and answer interviews with: Frank Zappa, Mick Taylor of the Rolling Stones, Lee Mavers of the cult band the La's, Mark Lindsay of Paul Revere and the Raiders, and rock critic Dave Marsh. Some of Graves's best essays are also part of this anthology: his piece on the Sex Pistols in Memphis, an apology for biographer Albert Goldman, a revisit of Woodstock, interviews with CD remastering gurus, and more.