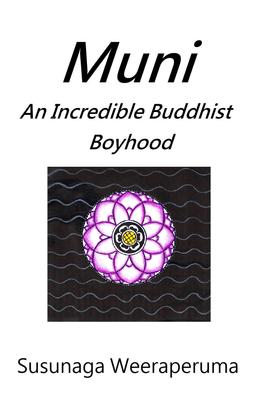 This fascinating novel illustrates how the law of karma operates as well as the power and efficacy of meditation.

It is a pen-portrait of Sri Lankan society with its colourful customs and practices.

When Muni gets into a trance and recognises people and places he knew in his previous life we have evidence of rebirth.

Precocious Muni, who is given to Meditation, talks and behaves like a learned and saintly sage of ancient times. When he is interviewed by a journalist, Muni asks us not to be fooled by the external appearances of the so-called races, for if people only look within themselves they will find that all human beings are essentially the same.

Muni gets into a trance and recognises the house where he had lived in his previous life. There is a happy reunion with the owner of the house, who had been Muni’s secretary in his last life. Several such instances bear testimony to Rebirth.

When Ramya, Muni’s jealous sister, hires two men to kill Muni, both attempts on his life are unsuccessful, and the assassins end up having fatal accidents. The vivid descriptions of these events illustrate how Karma operates. In the novel there are other examples of the functioning of this law of cause and effect.

Ramya discovers the root cause of her hatred of Muni. She realises that in their previous lives she had been passionately in love with Muni but he had turned her down. The bitterness of having been a spurned lover in the last life is a trait she had carried over to her present one. Ramya repents and Muni forgives. Under Muni’s favourite mango tree there is a reconciliation between brother and sister.