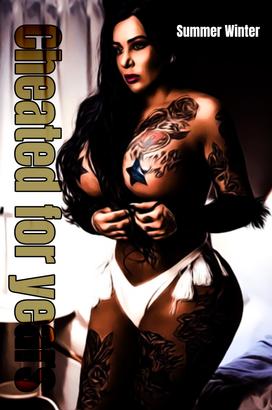 She was alone at home again because her husband was abroad for 6 months. Actually, she didn't care if he was home or not. The only thing that still appealed to her about him and why she stayed with him were the children together and that he took very good care of them. Sex, sex like before, that he had kindled a real hellfire in her, she hadn't had it since the birth of her children, as at all he hadn't slept with her for almost 2 years and if so, it had been more or less the missionary number. As soon as he had reached his orgasm, he turned to his side and fell asleep. She was then alone with her wishes and dreams. She had bought various sex toys and had also tried it once with a good friend, how it is with a woman, it had also been nice, she had got her orgasm, but she already missed a real cock and especially the feeling to be desired. For some time she had discovered a completely new passion in herself, she had turned out rather to coincidence in a forum where it was about BDSM. She had chatted a lot and talked to all kinds of men and women. Little by little she had noticed that she had a pronounced devote affection. She had also noticed that she could feel lust even in pain, was she now perverted or was it normal, was this kind of sex suitable for everyday life or was it only something for a few spinners, she was not yet aware of it. Until then, it had only been "dry runs" that she had to do for her virtual master and was happy to do so. When executing the Master's orders, she again had the feeling of being desired and appreciated by a man, even if he had given her some tasks, where she had already got goose bumps when she thought about them, e.g. when she was supposed to put clothespins on her nipples for the first time. She had long hesitated out of fear of the pain, but she was also somehow horny at the feeling what would come then. So she had done it and it had hurt a lot in the first moment, but after a short time she had gotten used to the pain. She didn't want to play with herself anymore, she wanted real really horny sex, she wanted to know if it would be fun for her to be humiliated and punished in real life. All these questions were haunting her mind. She had met a likeable man of around 45 over the Internet and had also spoken to him frequently on the phone.

Pay for me!
Summer Winter

A bitch on vacation 2
Summer Winter