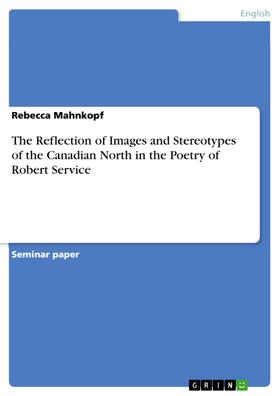 Seminar paper from the year 2004 in the subject English Language and Literature Studies - Culture and Applied Geography, grade: 2,0, University of Rostock, language: English, abstract: The term ‘stereotype’ means a conventional or formulaic conception or image. In general the expression is used to describe an oversimplified mental picture of some group of people who are sharing certain characteristic (or stereotypical) qualities. It is often used in a negative sense because many people see stereotypes as illogical but deeply held beliefs that can only be changed through education.
Common stereotypes of the past included a variety of allegations about different racial groups and predictions of behaviour based on social status and wealth.
Common stereotypical characters in America are for example the snobbish butler speaking with a British English accent, the overweight, doughnut-eating cop and the drunken Irishman.
But people do not only have stereotypes for persons or groups. They also have developed a generalized mental image of countries or certain regions.
In my research paper I want to identify the common image of the Canadian North and how it has developed.
Furthermore I am going to analyse a selection of the poetry of one of the most famous Canadian writers, Robert Service. The analysis takes place on the basis of the question: Are stereotypical characteristics of the Canadian North reflected in Service’s poems?
Many people state that “Service’s work represents the truth of the gold rush” (Morrison 1998, p. 102), which was one of the most important episodes in the history of the North. But I do not agree with this claim because I have found many elements in his poetry that are either untrue or only stereotypes. I want to prove this thesis with my research paper.