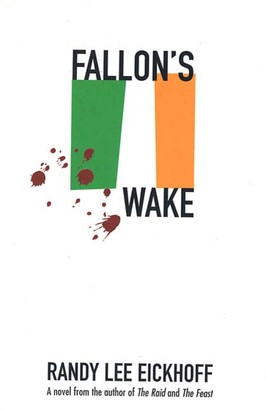 Randy Lee Eickhoff is one of today's most treasured Irish-American scholar/authors. His translations of the Irish national epics The Raid and The Feast have won him praise as a poet and historian while his books on famous figures from America's past--Bowie and The Fourth Horseman show his talents as a storyteller.

Tom Fallon is an ex-IRA assassin who is drawn back into the movement in an attempt to stop drugs from being shipped into Ireland. But what starts as a simple attempt to make peace with the past quickly opens the door to a dangerous future as Fallon becomes enmeshed in a dark game of international crime, a shocking intrigue that involves political echelons at the highest levels. In the process, he also stumbles upon the bitter truth, buried below decades of war--a truth that leaves a country torn at the seams with one last hope for peace

The Wind From Hastings
Morgan Llywelyn