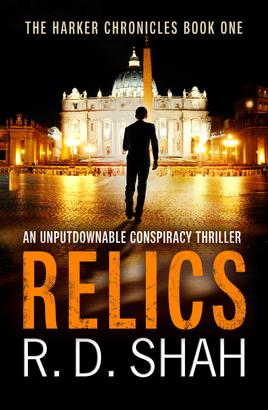 To find the truth, one must first uncover the lies...

When a Catholic priest hangs himself at the Pope’s inauguration in St. Peter’s Square, his friend, Professor Alex Harker, is dragged into a secret war.

The suicide sets into motion a timetable of terrifying events that will irrevocably change the world as we know it. With the clock ticking, pursued by a deadly assassin, Harker must track down and decipher pieces of a puzzle laid down by the dead priest.

Harker finds himself in an epic battle – one that has been playing out on the fringes of society since the birth of Christ. It threatens to reveal a truth so shocking that it could enslave and transform mankind's destiny forever.

A rip-roaring crypto-thriller fuller of twists and action, perfect for readers of Dan Brown, Scott Mariani and Chris Kuzneski.

The Lost Treasure of the Templars
James Becker