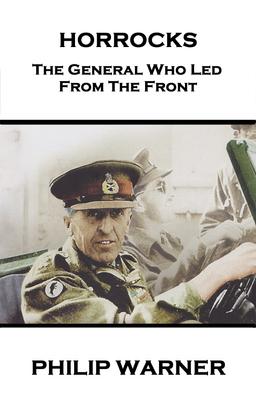 The General Who Led From The Front

Often described as Britain's answer to Rommel, the charismatic and courageous Sir Brian Horrocks was one of the most successful field commanders of the Second World War, much of which he spent working with Montgomery. His tireless drive and brilliance were admired and respected not only by Montgomery but by very many around him. Philip Warner once again shows us the man behind the image in his own revealing and engaging way. Tracing his journey from youth through the hurdles and troubles of World War I to his brilliant campaigns in North Africa and Europe in the Second world War that helped to throw off the terrible scourge of Nazism. The book shows how Horrocks could achieve so much by his brilliant handling of the forces under him into a fearsome fighting unit