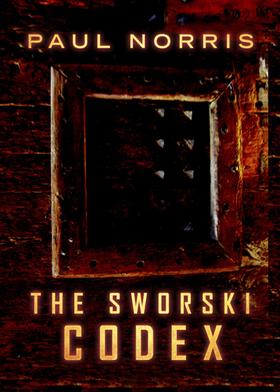 The next total eclipse of the sun over Peru is a harbinger of doom for the world.

After ten minutes of darkness will follow millennia of chaos.

Can anyone stop the wrath contained in The Sworski Codex?

James Covax is a young accountant from a small town in Missouri. While life seems at first normal for Jim and his soon-to-be wife Mary, a mysterious string of events seem to affect their lives after they receive a strange wedding gift in the mail.

Then after the pair win the national lottery and miraculously save the life of the UN Secretary-General, a major New York-based FBI operative Oliver Jefferson becomes suspicious about the young couple and begins to investigate.

One night Jim awakes to find Mary has been kidnapped. After a massive ransom demand and then a horrifying plane crash in the Amazonian jungle, Jim fights for his survival. He eventually enlists the help of an Australian archaeologist based in Cusco.

While Jim never gives up hope of being re-united with his young wife, he and Johnston discover they have both become trapped in a wicked cat-and-mouse game. It seems unlikely to Jim by this stage that he will ever see his wife alive again.

Likewise Oliver Jefferson unwittingly stumbles onto the path of a psychopathic Eastern-European billionaire grain trader, who aims to stop at nothing to implement his miss-guided plan to manage and control the world’s staple food supplies.

The Petroglyphs of Kulzhabasy in Kazakhstan
Luc Hermann