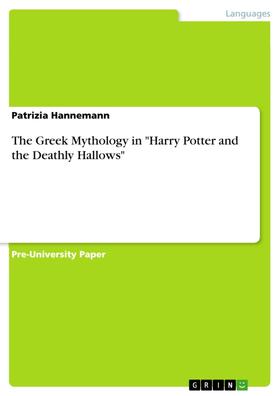 The Greek Mythology in "Harry Potter and the Deathly Hallows"

Pre-University Paper from the year 2015 in the subject English - Literature, Works, grade: 1, , language: English, abstract: This paper should primarily deal with the Greek mythology that occurs in the final book of the Harry Potter series Harry Potter and the Deathly Hallows, written by Joanne K. Rowling. It will show how deeply Miss Rowling immersed herself in Greek mythology in order to find suitable names for her characters, which myths she revived in her novel, which creatures are mythology-related and what magic and objects were inspired by Greek mythology. Furthermore it will also touch on the story of the Deathly Hallows itself in order to recall what happens and who wins the fight between Good and Bad.

The Mentor and the Mentee
Beatrice Dietel

Myths of Greece and Rome
H. A. Guerber

The Oracles of Troy
Glyn Iliffe