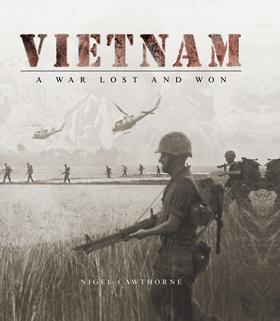 Vietnam was the first war America lost. It left the country bitterly divided. Many of the 2.7 million Americans who served there suffered psychologically for decades to come and the USA discovered that, for all its might and technological superiority, it could not defeat the ill-equipped peasant army of a small and fiercely determined enemy.

In this concise account, historian Nigel Cawthorne traces the conflict from its inception to its traumatic end. He looks at the political events that led to the war and examines its impact upon both the Americans and the Vietnamese, whose battle for the independence of their country was to leave lingering scars upon the American psyche. Vietnam: A War Lost and Won is an even-handed assessment of a conflict whose wounds would take a generation to heal.

At This Point in Time
Christopher Miller

Victory in the Pacific
Karen Farrington

Jean Paul Sartre, Albert Camus and Frantz Fanon on the topic of decolonization and the French occupation of Algeria.
Sophie Duhnkrack