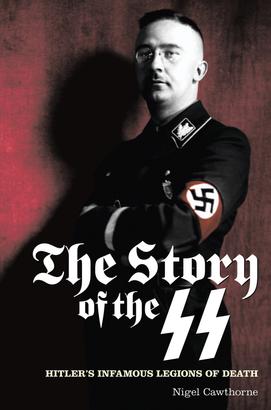 The Story of the SS

Beschreibung zu „The Story of the SS“

'The best political weapon is the weapon of terror. Cruelty commands respect. Men may hate us. But, we don't ask for their love - only for their fear.'
-Heinrich Himmler

The Schutzstaffel, or SS - the brutal elite of the Nazi Party - was founded by Hitler in 1925 to be his personal bodyguard. From 1929 it was headed by Heinrich Himmler, who built its numbers up from under 300 to well over a million by 1945. The SS became the very backbone of Nazi Germany, taking over almost every function of the state.

SS members were chosen not only to be the living embodiment of Hitler's notion of 'Aryan supremacy', but also to cement undying loyalty to the Führer at every level of German society. Merciless fanatics in jackboots, the SS systematically slaughtered, tortured, and enslaved millions. This is the story of the rise and fall of one of the most evil organizations the world has ever seen.

Ähnliche Titel wie „The Story of the SS“

Franz-Peter Weixler The invasion of Greece and Crete by the camera of a propaganda photographer
Stephan D. Yada-Mc Neal

The Death and Life of Dith Pran
Sydney H. Schanberg