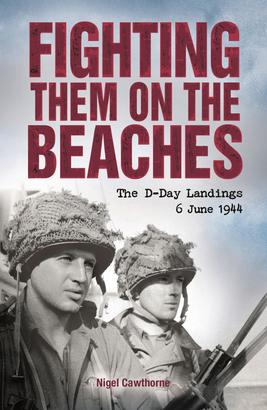 Fighting them on the Beaches

Beschreibung zu „Fighting them on the Beaches“

This book tells the story of Operation Overlord, the largest and most meticulously planned seaborne invasion in the history of warfare.

As dawn broke on 6 June 1944, thousands of Allied soldiers - American, British, Canadian, Free French and Polish - hit the Normandy beaches and stormed the German defenses of the Atlantic Wall. By Midnight, over 150,000 troops had been safely landed, and the ling push towards Berlin and the final defeat of the Third Reich had begun.

Including useful maps with troop movements, as well as an index of the armies, battles, campaigns and commanders, Fighting Them on the Beaches is a brilliant guide to this historic battle which turned the tide against Adolf Hitler.

Ähnliche Titel wie „Fighting them on the Beaches“

Over The Top
Martin Marix Evans