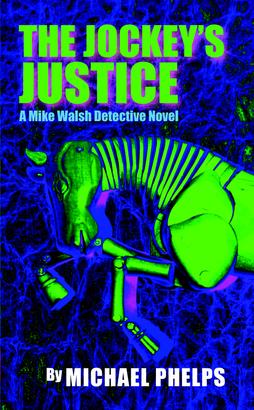 A winning and respected horse racing jockey is murdered on the last day of the racing season in a small Kentucky town. Eight years later his widow, her nephew and their son-in-law are arrested and charged with the brutal crime. They are held in the Miami-Dade County Jail in Miami, Florida pending extradition to Kentucky. The widow retains high profile criminal defense attorny Frank Pizzo to represent them. Chief Investigator Mike Walsh and his assistant, Rosa Cabio are sent to Hendersonville, Kentucky to investigate the case. They soon discover another jockeys murder, another jockey who vanished, race fixing, ties to the Chicago Mafia, political corruption, inept cops and that's just the beginning. "THE JOCKEY'S JUSTICE takes the reader on a roller-coaster ride into the underbelly of the 'SPORT of KINGS'.

The Body in the Mist
Nick Louth

The Body in the Snow
Nick Louth

The Fallout from Shadows
Sandy Gent