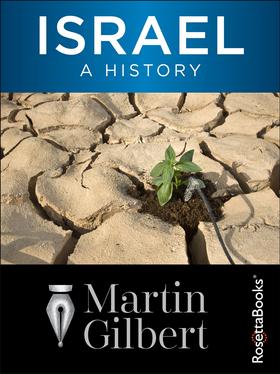 Fleeing persecution in Europe, thousands of Jewish emigrants settled in Palestine after World War II. Renowned historian Martin Gilbert crafts a riveting account of Israel’s turbulent history, from the birth of the Zionist movement under Theodor Herzl through its unexpected declaration of statehood in 1948, and through the many wars, conflicts, treaties, negotiations, and events that have shaped its past six decades—including the Six Day War, the Intifada, Suez, and the Yom Kippur War. Drawing on a wealth of first-hand source materials, eyewitness accounts, and his own personal and intimate knowledge of the country, Gilbert weaves a complex narrative that’s both gripping and informative, and probes both the ideals and realities of modern statehood.

&lt;p&gt;Sir Martin Gilbert (1936-2015) was a leading British historian and the author of more than eighty books. Specializing in 20th century history, he was the official biographer of Winston Churchill and wrote a best-selling eight-volume biography of the war leader&#8217;s life.&lt;/p&gt;&lt;br&gt;&lt;p&gt;Born in London in 1936, Martin Gilbert was evacuated to Canada with his family at the beginning of World War II as part of the British government&#8217;s efforts to protect children from the brutal bombings of the &lt;i&gt;Luftwaffe&lt;/i&gt;&lt;i&gt;. &lt;/i&gt;He was made a Fellow of Merton College, Oxford, in 1962. He is the author of several definitive historical works examining the Holocaust, the First and Second World Wars, and the history of the 20th century.&lt;/p&gt;&lt;br&gt;&lt;p&gt;In 1990, Gilbert was designated a Commander of the Order of the British Empire, and was awarded a Knighthood in 1995. Oxford University awarded him a Doctorate in 1999. Gilbert was a sought-after speaker on Churchill, Jewish history, and the history of the 20th century, and traveled frequently to lecture at colleges, universities, and organizations around the world.&lt;/p&gt;

A Walk In The Darkness
Jon Land

The Fall of the Wall
Hannes Bahrmann

The 50 States of America
Tim Glynne-Jones